The Sound of Nostalgia

Inspired by the garbled audio that accompanies worn-out and poorly aged budget bin video tape, the T-120 Videotape Echo gives you exactly the type of sound that you're hearing in your head when you look at it.

Feed your guitar through the T-120, and the recorded playback will be the sound of low bandwidth tape being fed haphazardly through a magnetic read head by an uncalibrated, unbalanced feed mechanism.

The T-120 began as an attempt to make a PT2399 delay that sounded pristine, and then use analog EQing techniques to destroy the frequency spectrum in the exactly the same way that worn-out tape does. And the result sounds every bit as good as it looks.


Demedash Effects is owned and operated by Steve Demedash, an Electrical Engineer and Musician dedicated to chasing tone via his soldering iron. 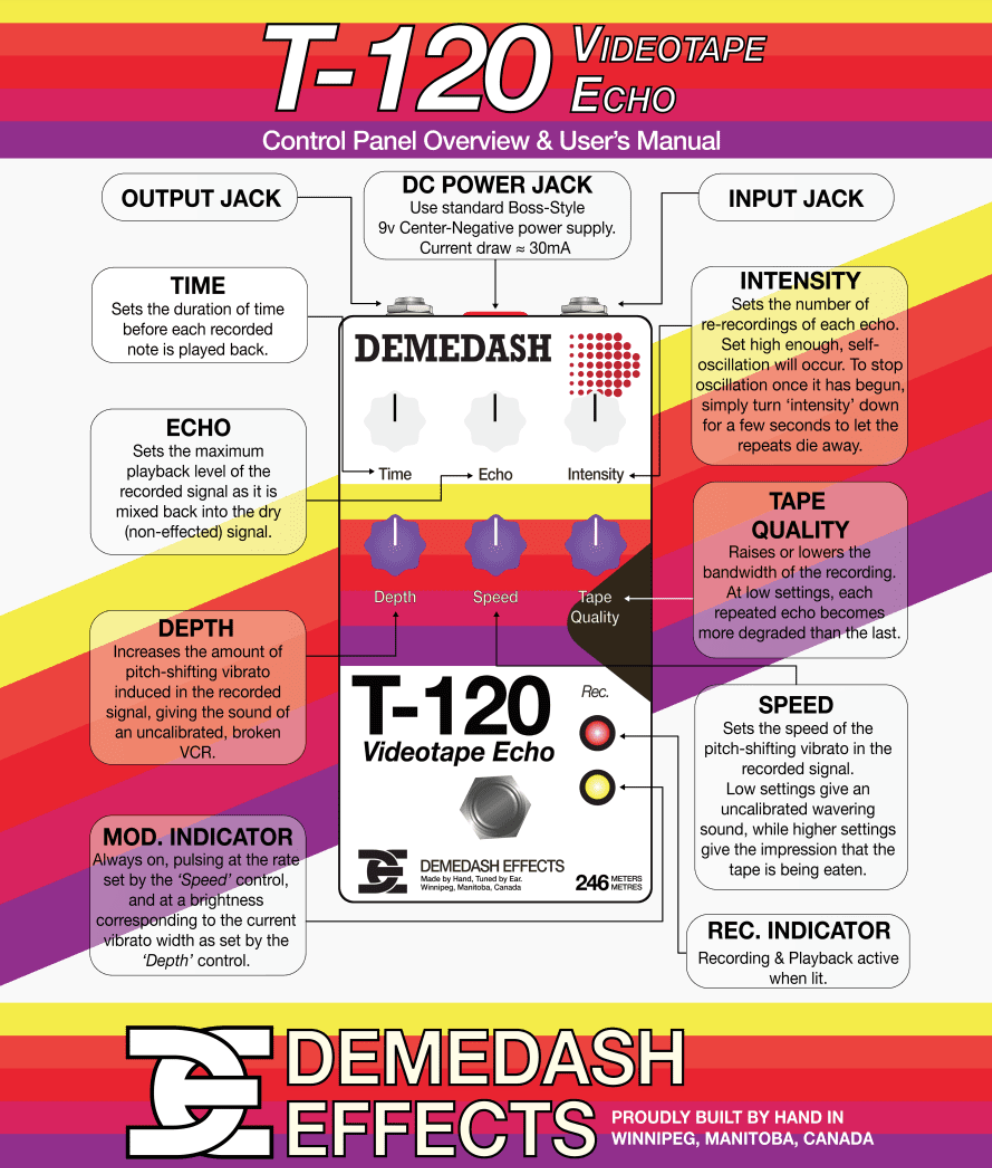