Sunn O))) and EarthQuaker Devices are pleased to bring you the Sunn O))) Life Pedal V3. The Sunn O))) Life Pedal circuit has been meticulously tweaked from the original to squeeze every last drop of heavy crushing tone available. The octave section has been fine tuned to make it more pronounced without losing the bottom end and we added a third footswitch, utilizing Flexi-Switch Technology®, for the octave to allow an additional method of quick and radical tone shaping. We are excited to have this back in permanent production, it is a true labor of love.

The 'Amplitude' section of the pedal is based on the classic 'White Face' distortion pedal, but the circuitry has been expanded to include three selectable clipping modes. The first position (No Diode OpAmp Drive) offers a rich drive at maximum volume.

The second position uses two silicon diodes and a LED in an asymmetrical clipping configuration and produces a slightly compressed, smooth crunch reminiscent of an overdriven amp.

The Octave-Up section is completely analogue and can be mixed with the distortion via a knob or an optional expression pedal. The monophonic effect works 'cleanest' with single notes above the 12th fret played through the neck pickup. Chords produce a chaotic, 'clanging' sound. Turning the Octave control all the way up, the Sunn O))) Life Pedal  produces a dirty, angry fuzz sound reminiscent of the Super Fuzz. The 'Magnitude' section is a MOSFET booster that drives tube amps into saturation. The booster works completely clean and adds no distortion to the signal itself, but offers an extremely high output level to push the front end of the amp.

The signal path goes Octave > Distortion > Boost, and both sections can be used independently of each other. 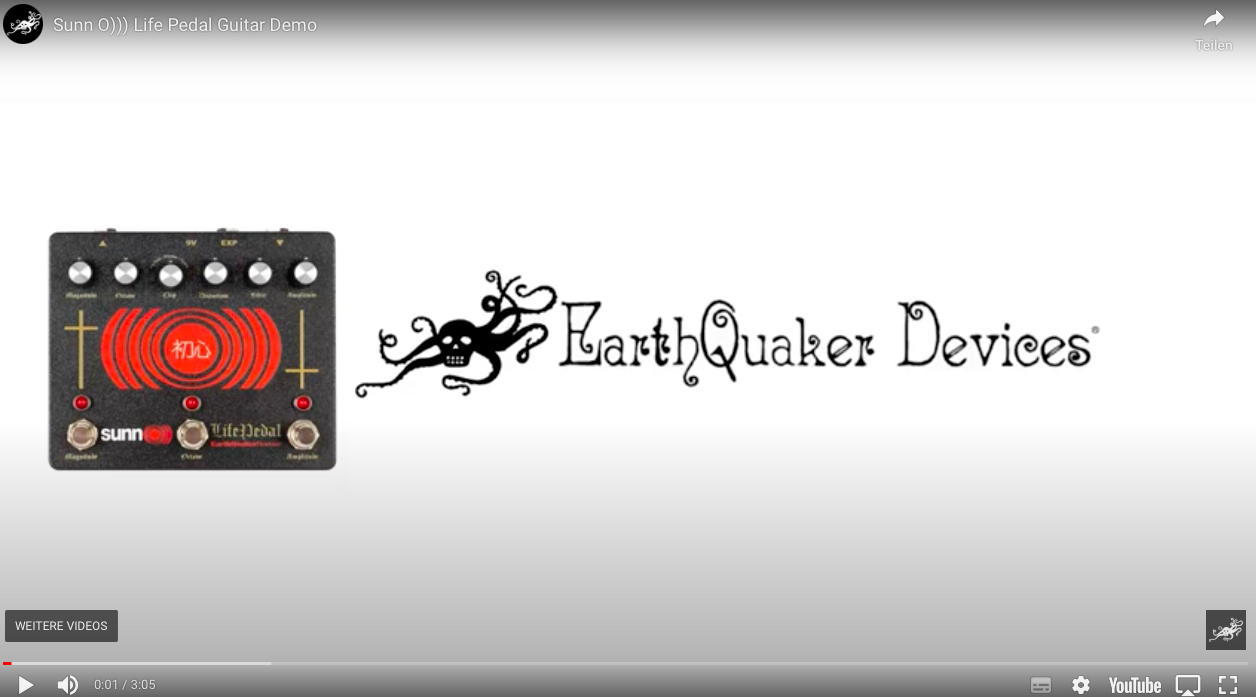 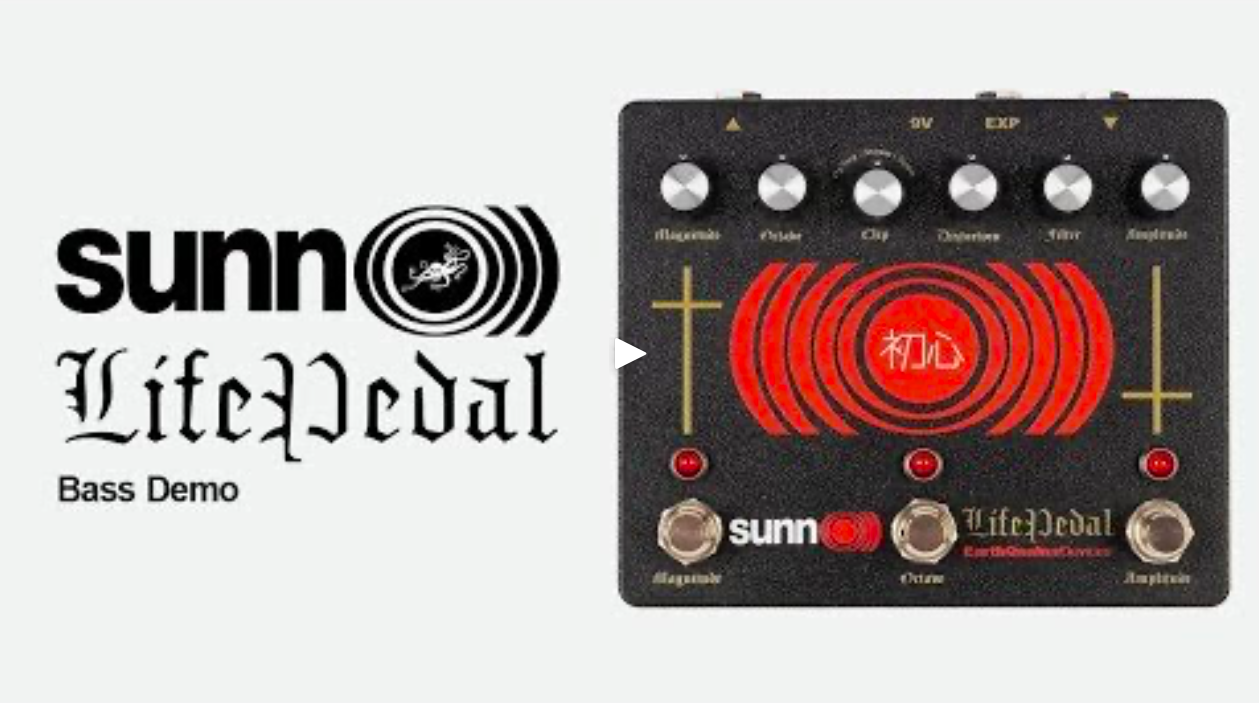