The Great Divide Mk. II combines classic analog octave division with proprietary Synth technology to create one of the best-sounding, most versatile octave units ever made!

The Great Divide features five independent voices that can be continuously blended for a limitless array of sounds, from classic stompbox octave division to multi-layered, supersonic Synth mayhem!

The Great Divide is 100% analog – the circuit tracks incoming audio and subdivides the waveforms to create lower notes at varying intervals. The lower voices are monophonic, but can sometimes be coaxed into tracking double-stops (say please!). The GD’s Upper Octave voice is a form of harmonic distortion that can track polyphonically with eerie precision and often unpredictable results (ring mod, anyone?).

By blending voices at various levels, an absolutely limitless variety of super-sick, super-FAT, super-sexy Synth and octave sounds can be created and deployed to beat your audiences’ booty into submission.

Make your guitar sound like a Bass; an Arp; a Harp; a Hammond – whatever. Make your Bass sound like a Moog; a Guitar; a Moog Guitar or an asteroid hitting the Earth’s atmosphere – you get the idea…

For even more tonal options, patch in an external pedal via the TRS effects loop and control it with the Great Divide! OR, use an expression pedal to control the GD’s output level for gorgeous Synth pad volume swells and other assorted mayhem.

WORDS SIMPLY CANNOT DESCRIBE THIS PEDAL – Watch the videos and see for yourself, but please note that these samples are just the tip of a Titanic-tanking iceberg of tone. Now –GO GET SOME!!!

+1 Octave Envelope Switch (sort of like Synth resonance, or maybe a cosmic death-ray)

External Effects Loop to patch in other effects (AWWWW Yeah!)

A lot of people have asked what the difference is between the GD Mk I and Mk II versions, and justifiably so. There was a fair degree of hubbub and hootenanny about the GD I when it originally debuted at NAMM 2011, and then – SILENCE.

Well, what happened was we got a production quote for how much it would cost to actually build them and realized that we were out of our freaking MINDS if we tried to market this pedal!

In short, it was simply not a cost-effective project to pursue, or to put it another way – how many of you would have paid $750 for an octave divider?!?

After some painful but therapeutic self-examination and a few hard decisions, we decided to make some changes to the pedal. The first thing we did was lose our beautiful TWA custom chassis (sob) – these things were ‘spensive to make, Lucy…

In addition, the chassis’ dimensions combined with the GD’s complex circuitry meant that we needed to cram FIVE PC boards into this box in order to get what we wanted. Five boards = a LOT of money to manufacture = we need a different chassis.

Finally, we decided to lose the Preset option from the Mk I – while I was personally sad to see it go, this feature really didn’t do ALL that much, but it was accounting for the lion’s share of the parts costs in the first version of the pedal. Bye bye, preset switch – until we meet again…

OK – a clean slate, so to speak. From here we selected a very run-of-the-mill, standard Hammond-style box that was easy to come by and not so pricey, and then set about redesigning the PC boards.

With the new, larger chassis we were able to reduce the number of PC’s to two, and this brought costs down dramatically. Between-board connectors are CRAZY expensive, and we were able to lose 3 sets – now that’s cutting costs.

In addition, the slightly larger space in the new chassis allowed us to actually add a few features that didn’t exist on the Mk. I version – namely, a dedicated clock with selectable intervals for the Synth voice (the Mk I SYN tracked the clock from the SUB voice). In addition, we were able to add the Cross-modulation feature for the -1 Octave as well as the LPF shut-off for the SUB voice. These three new features add dramatically to the versatility of the Mk. II's audio.

For those of you with short attention spans, let’s review:

And because we KNOW you’re going to ask: The new version sounds every bit as good as - and in some ways better - than the original, and that’s saying a LOT, as I was completely in goo-goo gaa-gaa love w/my Mk I. 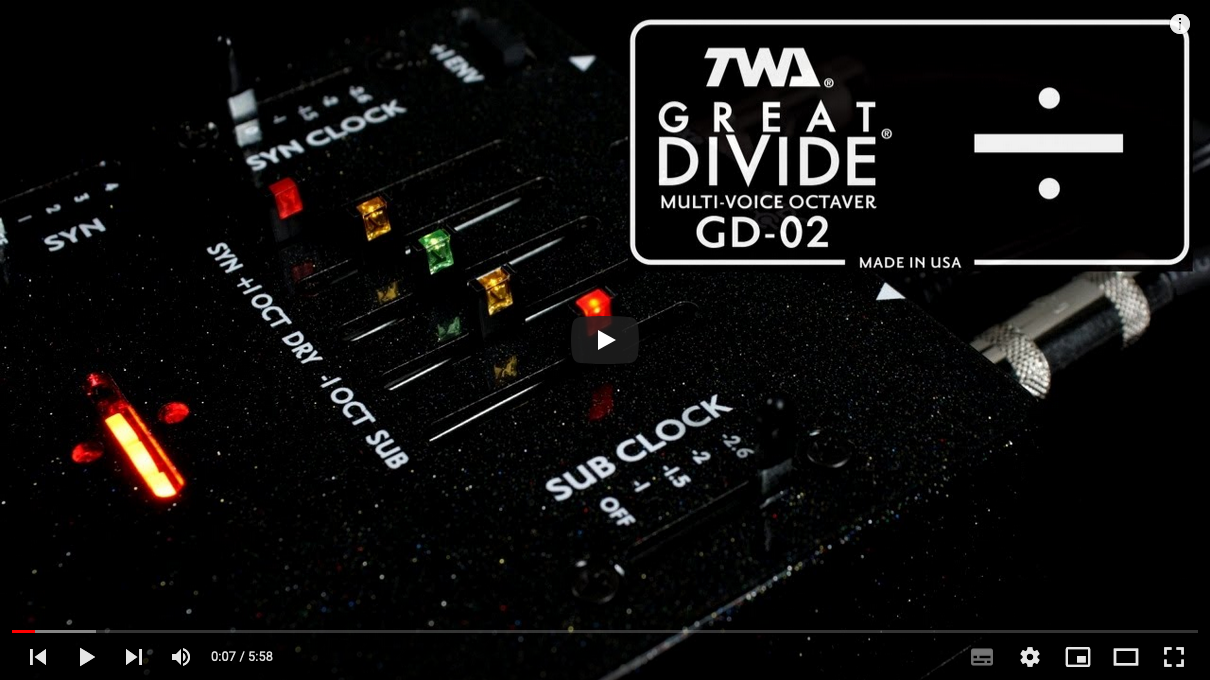