The Soft Focus patch on the Yamaha FX500 was widely used in the ‘90s by early shoegaze bands, most notably Slowdive on Souvlaki. With its roots in that patch, the Catalinbread Soft Focus is intended to be an instant shoegaze button, while addressing the most glaring issues of the original unit: no mix control, a sub-par preamp, and a ghastly tone-sucking bypass signal. At its heart, the Soft Focus is a heavily modified plate reverb with adjustable time, which is subsequently split into three paths. One path contains a multi-voiced chorus modulator, another features a well-appointed octave-up mixed in with the reverb, and the third path leaves the reverb untouched. The Mod knob controls the rate of the chorus on path one, and the Symphony knob controls the level of the octave on path two. All controls are "coupled" to the tone of the reverb to give users an expansive playing field of sounds to discover and fine tune. Our Soft Focus is not an exact recreation but was exhaustively

compared with our own FX500; the difference is that a fairly generic fixed-time digital delay is present on the Soft Focus patch. We found that leaving this feature intact ate into the circuit’s memory just a little too much for such little payoff, so we leave that addition to you and your favorite delay.

The Soft Focus runs from 9 to 18 volts using a standard DC center-negative power supply for pedals. Make sure you’re using a supply that provides at least 100mA. Running the Soft Focus at 9V will sound great, but if you want a bit more output, a dry signal boost and increased headroom, try any voltage you like up to 18V! The Soft Focus does not run on batteries. Powersupply not included. 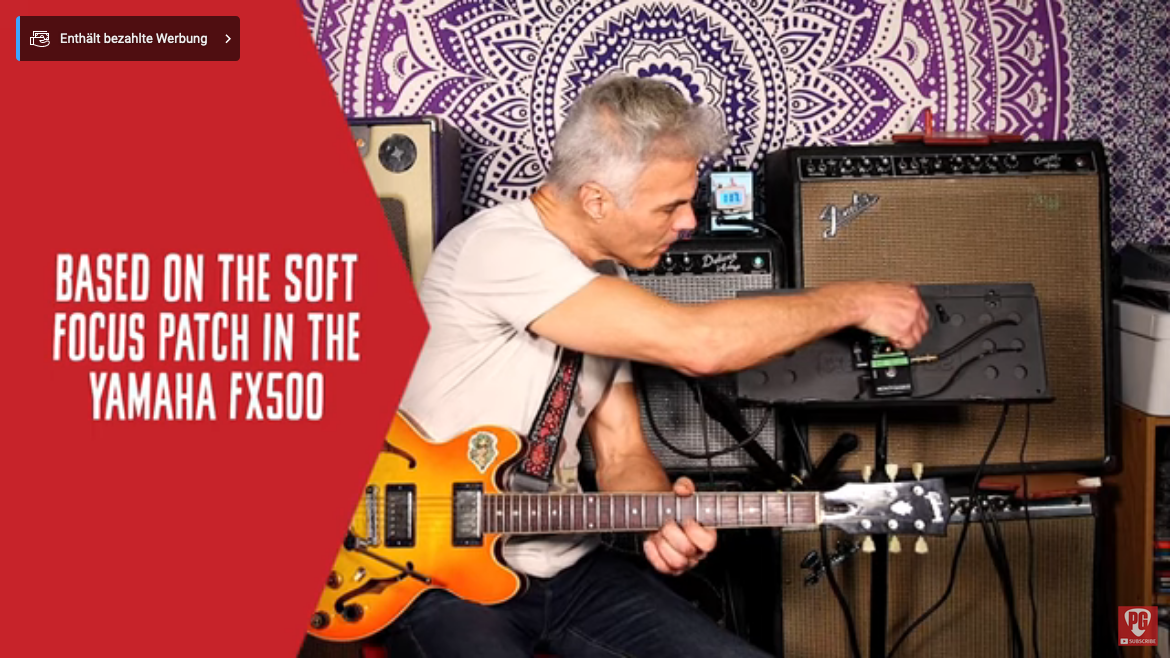