The Lil’ RAT features the same controls and tone as the full sized RAT, but only 2 inches wide. It’s built like a tank with rear mounted power and audio jacks. At half the size, this pedal conserves valuable pedalboard real estate, and provides full-sized RAT tones, attack and sustain.

The beauty of the Lil' RAT lies in its versatility. Used as a primary distortion, it excels at arena rock rhythm tones and soaring leads. Do you have a powerful amp with too much headroom for the gig? Let the Lil' RAT be your dirty channel. Maybe you already love your amp’s distortion. Use the Lil' RAT as a boost for solos and get the extra kick you need.

The Lil' RAT features the legendary RAT filter control. Turn it to the right to roll off brittle high-end frequencies. Having trouble cutting through the mix? Turn it to the left and allow the natural brightness of your instrument to shine through.

Distortion dials in the perfect amount of gain – from mild overdrive to full out fuzzy assault, and the volume control lets you dial it in just perfectly against your bypassed clean tone. 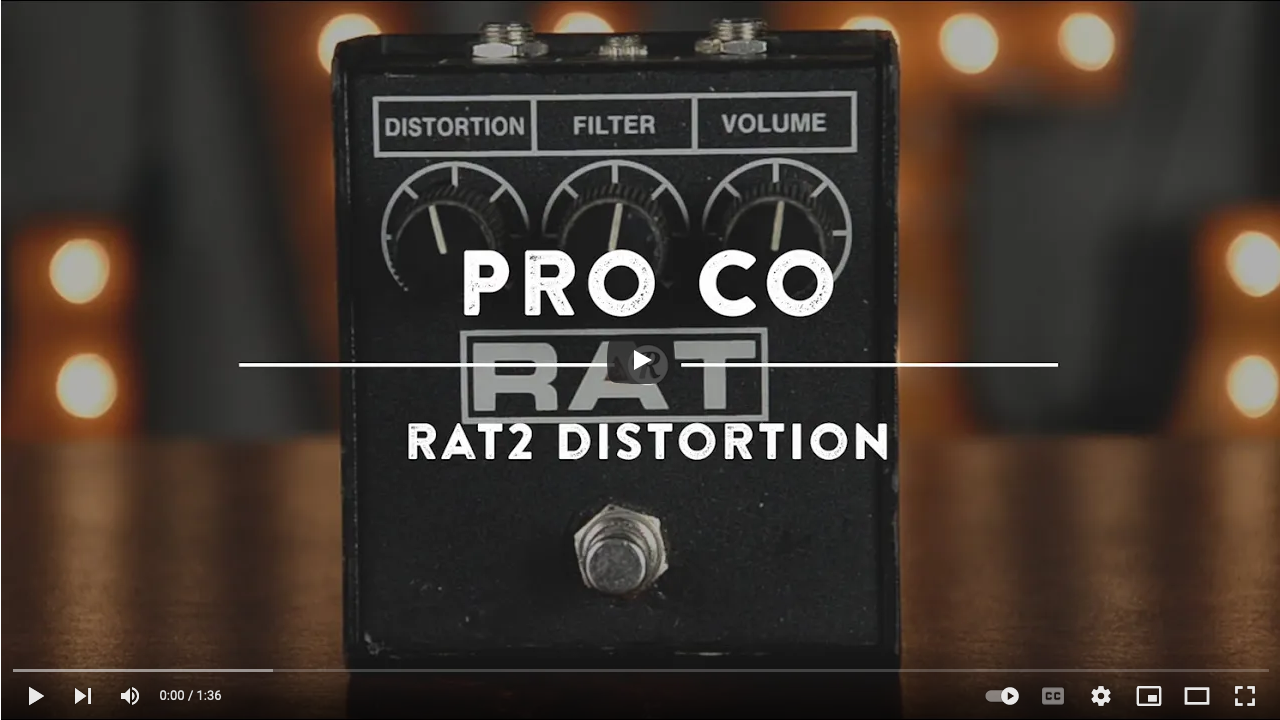