In 1987, Mike Soldanocreated the now legendary Super Lead Overdrive 100-watt tube head. The SLO set the standard for modern high-gain amplification and nearly four decades later, is still one of the most coveted amps in history. The SLOs drive channel found it backing up renowned rock guitarists like Mick Mars (Motley Crue), Warren de Martini (Ratt), and Howard Leese (Heart), while the bluesy crunch channel made the SLO the first choice for non-metal stalwarts, such as Mark Knopfler, Eric Clapton, Warren Haynes, Gary Moore and Lou Reed, to name a few.

The SLO-100 is famous for being one of the most detailed-sounding high-gain guitar amplifiers of all time.Until now, it’s been challenging to capture the amp’s nuanced character in a pedal format. The new Super Lead Overdrive pedal changes that, with the perfect balance of gain, sustain, and touch responsethe SLO is known for.Crafted using the same cascading gain stages as the flagship amp, the SLO pedal isthe perfect way to get that signature Soldano sound on to your pedalboard.

The SLO pedal front panel boasts the same controls for Gain, Volume, Presence, and a 3-band EQ as the 100-watt tube amp. Theside-mounted Deep switch nailsthe amp’s depth-knob low-end punch. These controls take you from harmonically rich crunch to some of the most famous high-gain in history. So, whether you’re after modern metal, Warren de Martini tones, or ‘80s-era Clapton, the SLO Pedal is where you’ll find them.

●9v power jack –DC supply only (not included), no battery connection within

●Assembled in the USA 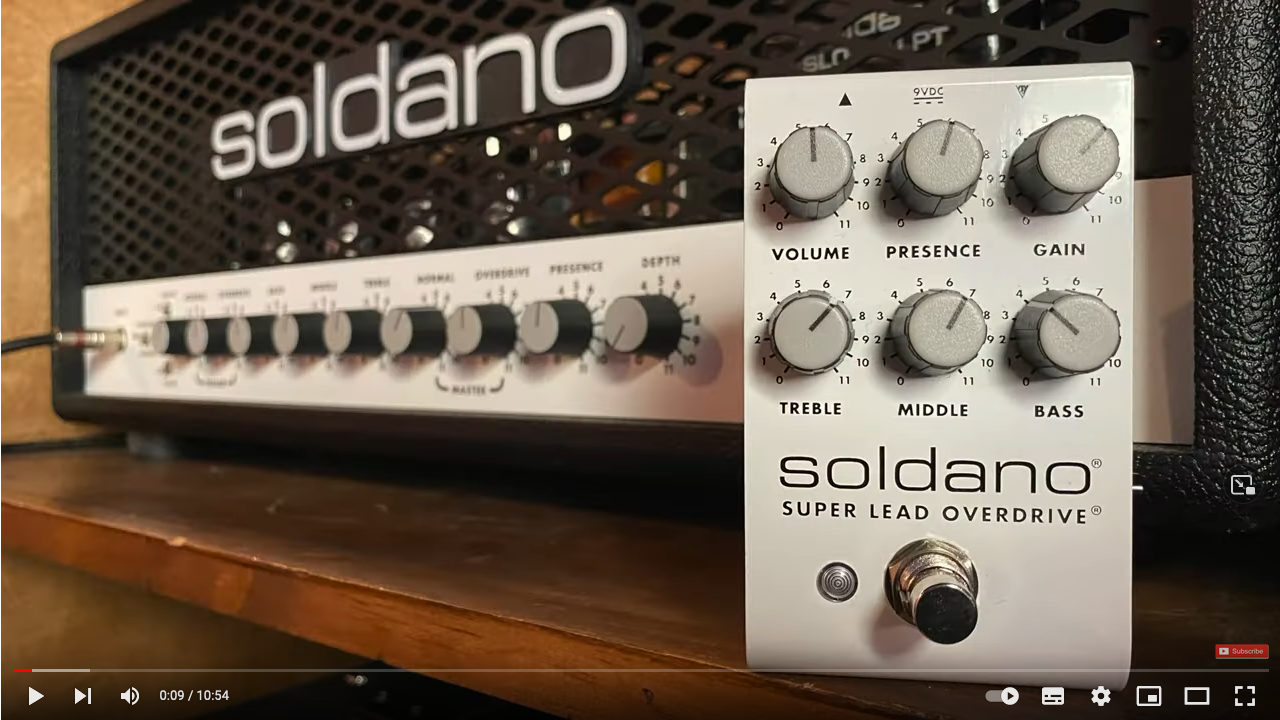